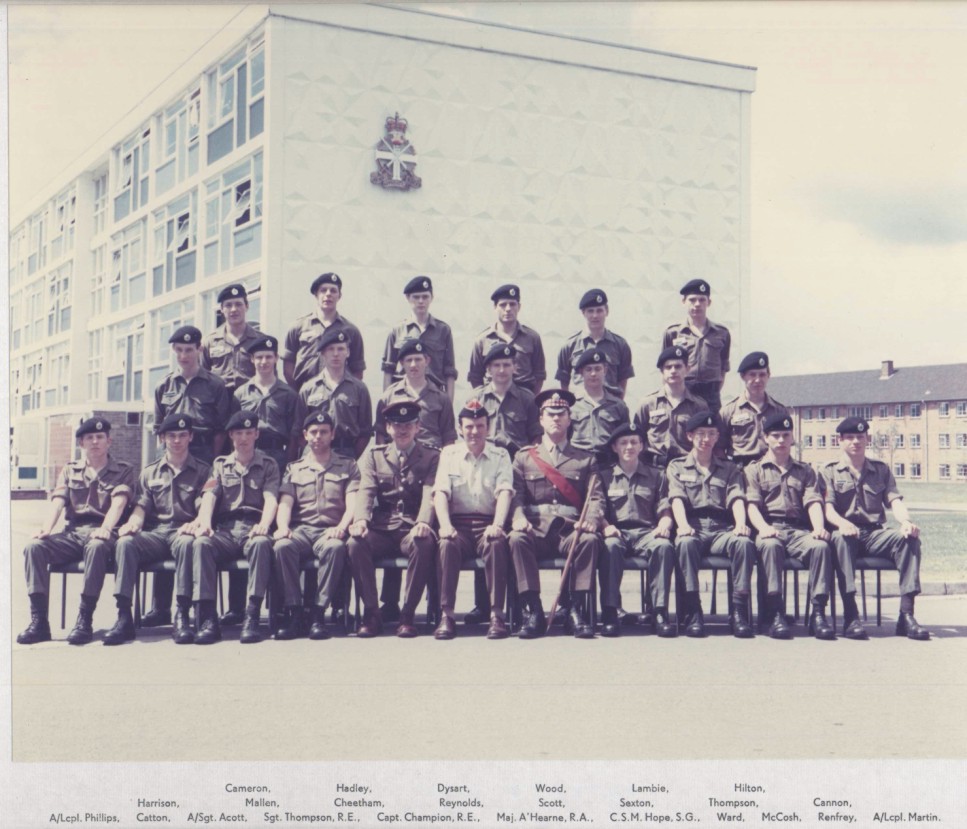 Following World War 1 there was an acute shortage of skilled tradesmen in the country, and this allied with the increasing mechanisation of the Army, resulted in the Army Council’s decision to train the Army’s own tradesmen rather than wait for the return to a normal peace-time situation.

A Central School for training 1000 apprentices was to be set up with eleven trades being taught. In the event, only four trades were initially offered – blacksmiths, fitters, carpenters and electricians. The entrants were to have a reasonably high standard of education on joining so that technical training could be the main concentration. The boys were to be at least 15 years of age, undergo 3 years of training, followed by 8 years with the colours and 4 years reserve service. The staff was to be a mixture of civilian and military instructors.

The original Army Order in 1923 gave authority to set up the school at Blandford in Dorset in September 1923 but this was later changed to Beachley Camp, near Chepstow. However, Beachley Camp, which previously housed prisoners of war, was by no means ready. Therefore, No 1 Group of the Central Training School, totalling 105 boys reported to Buller Barracks, Aldershot on 25th September 1923, the official Foundation Day. No 2 Group arrived in January 1924 before the school moved, numbering about 250 all ranks, to Beachley on 28th February 1924. The first Commandant was Lt Col V T R Ford DSO of the York & Lancaster Regiment.

By September 1925 the apprentices had grown in number to 860. Owing to the shortage of staff, the system of appointing boy NCOs was necessary from the outset. Col Ford’s view of the boy NCO system was that it was ‘eminently suitable for the largest public school in England’. A school military band was formed in 1925.

The first Passing Off Parade was held in September 1926 when 55 graduates passed off. The REs went to Chatham, the RASC boys to Aldershot, the Gunners to Woolwich and a few to the Royal Tank Corps in Dorset, while a solitary signaller went to Catterick.

The first ex-boys’ association was formed in May 1926 and was known as the Old Robot Society. The first reunion took place in July 1927 on the School Sports Day with seven old boys in attendance. Following the AGM, a total of 50 past and present members of the Society sat down for the first Re-union dinner.

There were plenty of applicants to join the school at Beachley. As early as January 1925 there were over 600 applicants for the 200 joint vacancies at Beachley and the Royal Artillery College.

In April 1926, the results of the first City & Guilds examinations for electricians, carpenters and fitters showed a pass rate of 87% (including Group 1, Boy 1 Alcock J. W.).

In 1929, the school’s name was changed to Army Technical School (Boys) and the new trades of painters, masons, plumbers & wheelwrights began training.

In September 1931, the School flag was adopted – a red, green and blue horizontal tricolour from which came the Old Boys’ Association tie and later the School tie.

A War Office Economy Committee in 1932 reduced the intakes of apprentices from three to two a year so that groups 25 to 28 averaged only 60 apprentices each meaning that by mid-1934, the total apprentice strength was well below 750. However, by 1939 numbers were back up again to 1000 apprentices under training – of which 450 were fitters!

By 1939 an incentive for the very best apprentices were the 5 places reserved at RMA Sandhurst or RMC Woolwich to train directly as commissioned officers.

In May 1939, The Commandant, Col Shears, formed the Beachley Old Boys’ Association as a means of “fostering and keeping alive in the future the many friendships made in Beachley”.  The first Commandant, Brigadier Ford consented to become the first president. It was decided that a reunion would be held on the fourth Saturday of every September (i.e. nearest to Foundation Day). The war prevented the first reunion, but after a six-year interval the Association began with a flourish with the first reunion in September 1946. At least one old boy from every group back to 1924 attended. A local Beachley, or HQ Branch, was formed. It was agreed that the School War Memorial should take the form of a Book Of Remembrance containing the names of those who had been killed or died on active service, this book to be placed in the school chapel – (dedicated in November 1948).  A Roll Of honour had already been published containing some 250 names of ex-apprentices killed on active service.  The first overseas branch of BOBA was formed in Fayid, Egypt in October 1947 with 22 founder members.

Of the five Army technical establishments for boys, only Chepstow and Arborfield remained open during the war with many boys being transferred between schools. During 1940-41 Beachley housed 1150 apprentices.  In November 1940, a lone German aircraft caused considerable damage to the workshops with a 1000lb bomb and then strafed the area with machine gun fire killing Apprentice Tradesman Thornton.  Apart from transfers from other schools there were no intakes between January 1940 (Group 45) and April 1942. The latter group was called 42A, thus starting the system of labelling each intake according to the year of entry.

During the war, the workshops were involved in some useful production in making AA sights, small arms training devices, stores racks, mock Lewis guns for the Home Guard, air raid shelters and 7 miles of duckboards for use in trenches. Sales of hair cream rocketed during the mid-war with the arrival of a platoon of the women’s Auxiliary Territorial service for catering duties.

The name of the school was changed again on 1st February 1947 when it became the Army Apprentices School Chepstow.  The general service corps hat badge was replaced with the Army Apprentice School badge. The new badge was designed and agreed by the commandants of Chepstow (Col Cuddon) and Arborfield together with the inspector of Regimental Colours and the College of Arms. On the same historic date a new establishment came into force. The commandant became a full colonel and an HQ company was formed into which the new recruits were to spend their first six months.

The first Passing Out Parade for some years took place in February 1945 with the departure of 42A, the first intake after the break in recruitment early in the war years. 1945 also saw the first triangular sports between Chepstow, Arborfield and RAF Halton. In the school’s Jubilee Year in 1948, the August pass off was taken by Field Marshall Montgomery himself. Many cheers greeted his request to the commandant to give the boys an extra day off!

In late 1947, two new schools were opened at Harrogate and Taunton, with the whole Chepstow Building Department transferring to the Somerset unit.  This left the school training electrical and mechanical trades. At this time Chepstow was training electricians for five corps – the RAC, RA, RE, RASC and REME!

In the early 1950s, a star system to be worn on uniforms was introduced for trade, education and conduct with school sports colours being shown by a special lanyard. In 1951 the dress changed from battledress and berets to service dress and peaked caps. By 1952 all apprentices with more than one year’s service were permitted to wear civilian clothes when walking out of camp, although the civilian dress had to be of an approved pattern. 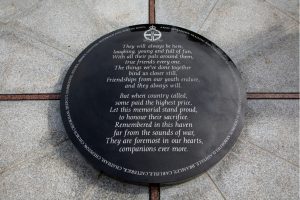 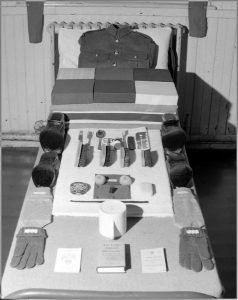 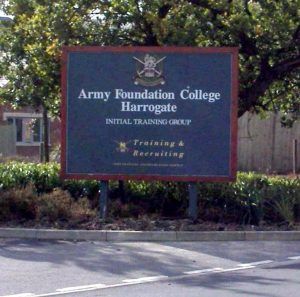