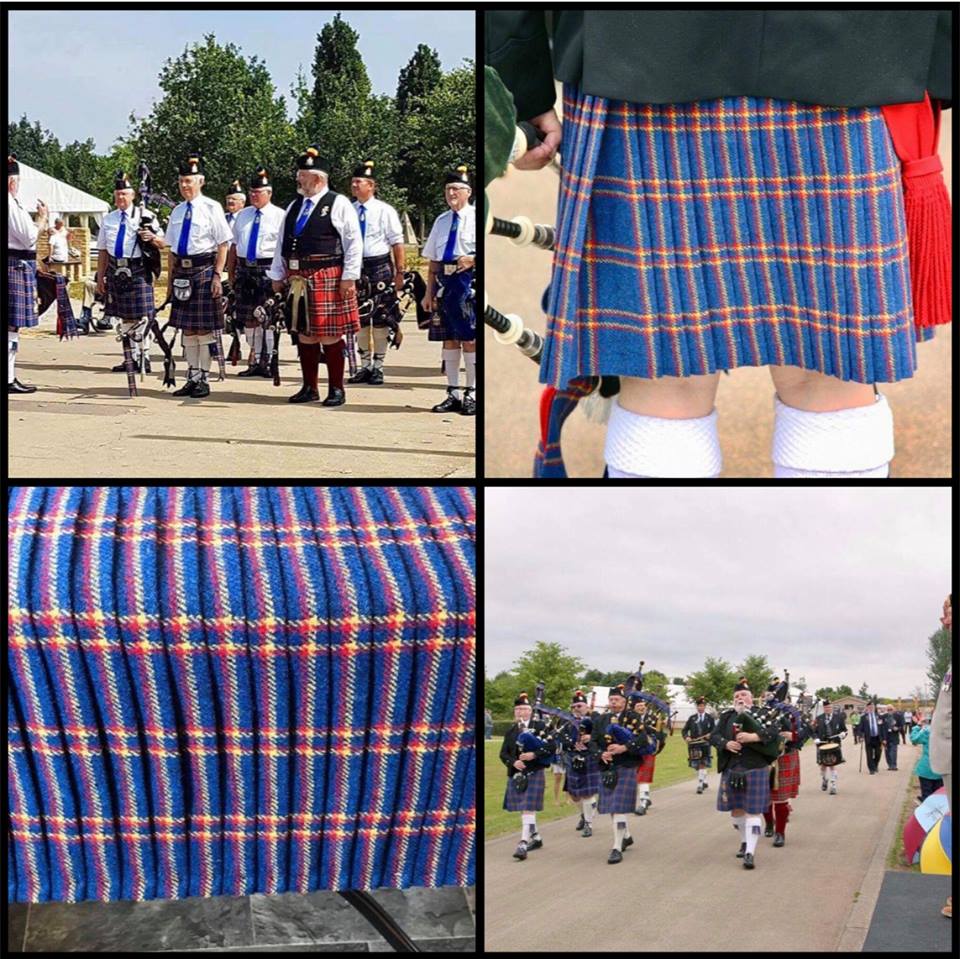 Braw Kilts had the privilege of being asked to make the very first kilts for The Army Apprentices Pipes & Drums Band in their very own Harris Tweed. All Kilts are made from the Finest Hand Woven Harris Tweed – Handwoven by Reginald Amor.

Please find below a short history of The Army Apprentices Pipes & Drums Band.

The Army Apprentices
As you are aware, the Army is – or was – a large organisation with a huge amount of equipment to use , store , check , and repair. Each regiment or Corps had their own tradesmen to fulfil all the roles required to ensure the Army could move , get supplied , keep things working etc etc. The question was , how does the Army get the right caibre of personnel with the correct skill levels and in the quantity required to process all that kit

In came Army Apprentices. These were young boys from 15 to 18 who joined the Army at various apprentice schools to learn their trades and qualify as a ready made workforce of professionals.

This started before the second World War at camps around the UK , Covering Junior Leaders who became the Non Commisioned Officers within their chosen regiments or Units , Junior Tradesmen who went on to be the working basis for a unit to function at barracks as well as in the field and Army Apprentices who were trained in electrical and mechanical trades to service and repair all Army Equipment.

From the concept in 1939 until the present day , but excluding those at the Army Foundation Centre in Harrogate, the system produced over 70,000 fully trained soldiers by the time they reached 18 years.

The Army Apprentices were in four major schools / colleges for many years. Each apprentice was there for three years and they were encouraged to join a Voluntary Activities Club on one night a week to take on board things they would not normally get involved in. We had bands of apprentices being taught musical intruments and playing for school parades and for the general public. One type of band was Pipes and Drums

These were led by a regular serving Pipe Major , usually on extended service , who taught the boys from basic to playing pipes or drums. Arborfield was probably the largest of these with 1000 boys going through the school at any one time. These boys went on to the trade they had been taught with some sticking to piping and drumming as a side hobby.

An Association was formed so that all ex-boys could meet and swing the light with all their colleagues and friends down the years. At this annual reunion a parade was held which showed some of the more mature lads could still hack it on the square. At Arborfield the parades had the services of the local Reading Scottish pipe band and since 2004 The City of Rochester Pipe Band.

Things change and the barracks at Arborfield became a thing of the past as the Royal Electrical and Mechanical Engineers – REME – lost all their barracks and formed a new training unit at the old RAF base at Lyneham. So the reunions were moved to the big hotel at Hinkley with the parade at the National Memorial Arberetum on the Saturday of the reunion weekend. New bands were tried out but something was missing so the Pipe Major came up with reforming the old apprentices band with pipers and drummers who were still active. In 2016 they performed their first session at the Friday curry evening. It was very well received by those attending.

The uniform was whatever the individual player had although we did stick to a day dress format. No problems as we all wore different tartans when at the school. The REME Museum introduced a Corps Tartan. Very nice but way too expensive to buy as kilts were £750. But in 2017 a new tartan was made possible by varying the colour of the tartan , the thread count on the red and yellow strips and the size of the sett. It was a generic tartan but not the Corps tartan so it was called The Army Apprentices Harris Tweed tartan. With a lot of effort in fundraising and the majority of the players paying the bulk of the cost even with the £1000 grant from the Association, the members of The Army Apprentices Pipes and Drums – TAAPAD – invested in kilts , hackles , flashes and Glenbgarry badges to produce a decent band uniform.

2018 will see the kilts being delivered from Braw Kilts in Edinburgh to the remainder of the band as three were produced in time for the reunion in July – see the photo – and with a lot of effort from our Harris Tweed weaver Reg and the kilt maker Cathy we shall look the part no doubt. Having played in 2016 and 2017 , it is already recognised that the band has a good sound and plays well together – amazing as we are scattered all over the world and only practice together on gig days. A fine tribute to the skills learned from out Pipe Majors when in the schools. We have our own musical scores book and are now looking at more challenging tunes to get our peers marching and enjoying the band every year. 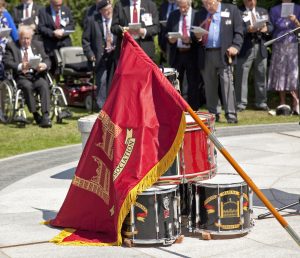